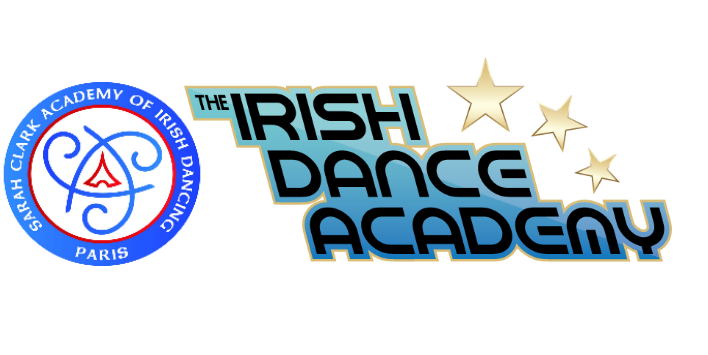 Created by Sarah Clark ADCRG who first had the vision of bringing Traditional Irish Dance to the already culture-rich city of Paris, the Academy has gone from strength to strength, producing world class dancers and performers who have since gone on to compete at World Championship level and perform in internationally acclaimed Irish Dance shows.

We teach all aspects of traditional Irish Dance, starting with solo soft shoe before progressing on to solo hard shoe, Ceili team dancing and we also teach a more modern dramatic take on the art form through performance style Irish dance.
Numerous students represent the Academy through competing all over continental Europe and in the United Kingdom and Ireland.
Through our shared love of the Irish Dance art form we have created a wonderful sense of team spirit within the academy. Everybody inherently supports, respects, encourages and inspires each other and we work hard on maintaining this ethos.


Sarah, born of Irish descent, started Irish Dance at the tender age of 6. She went on to compete in Feiseanna, securing many titles and merits on both a national and international level.
At the age of 18 Sarah successfully auditioned for Michael Flatley’s Lord of the Dance and began life on tour with the show, touring far and wide around the globe performing to people of all nationalities.
6 months into life on tour Sarah auditioned for the principal female role of ‘Saoirse’ more commonly known as ‘The Good Girl’. Initially an understudy to the amazing original lead Bernadette Flynn, Sarah went on to perform the lead role in her own right in both ‘Lord of the Dance’ and later in ‘Feet of Flames’.

Having hung up her touring shoes in July 2004, Sarah took her TCRG exam in preparation for opening the Paris Academy.
Through a lot of hard work, perseverance, determination and motivation born out of Sarah’s passion for Irish Dance she has firmly put Paris on the Irish Dance map and created an Academy which brings people together and promotes Irish Culture.

At the age of 30 Sarah went on to study for her Adjudicator’s exam which she passed in January 2010. Sarah is invited to adjudicate at competitions all over the UK and Ireland as well as in the United States.

After years of competing at european and internationl level, having danced on the stage at the Worlds in both solo and ceili, Lydie is the 1st french Irish dancer to obtain her TCRG.